LB’s first night with her dad went ok. At least she came home safe and sound, so I’m grateful for that.  She was dirty, tired and thirsty, and it looked like a cat scratched her, but otherwise ok.

Rooferman informed me on Saturday that the court is filing a default on him for lack of Child Support payments. He also told me that they aren’t moving into Blondie’s mom’s house after all. Basically he pleaded that if he goes into default, they will take his license, which in turn will cause him to lose his job, which will lead them to homelessness. He said the only way the court will give him a break is if I close the case.

I’m ashamed to say that I felt sorry for him. I don’t know how I can still feel empathy for this manipulative deadbeat, but I said I would try to do something for him.

Then I said goodbye to LB and told her Iwould call her before bedtime. My friends and I went to a late movie, so I excused myself around 8:30 and went into the lobby to call her. I got the answering machine. I told Rooferman to call me back immediately and waited outside the theatre. After 20 minutes, I went and stood in the aisle so I could watch the movie and make a quick getaway if I needed to. He didn’t call back.

At about 10:30, I finally hear my phone ring. Rooferman said they were just getting back home from Blondie’s parent’s house, and LB was asleep in the car seat. He said he would call me in the morning so I could talk to her. I was pissed because 10:30 is awfully late for a 2-year-old to go to sleep, and he broke my promise to her.

The more I thought about the whole situation, the angrier I got. This man had the nerve to beg me for help over something that is HIS fault. He knew he could make me feel sorry for him. Not only that, he was also trying to put me in a position where I would feel guilty if I didn’t help him. Basically he was saying “I will lose my license, my car, my job AND my house if you don’t take the opportunity to make this right.”

The next morning, I got up early and waited for the call. Do you think it ever came? No. Once again I was made a sucker. Once again I had enough respect for him to believe he would keep his word, yet he didn’t even have the same respect for me. While he was asking me for help, he kept saying “I really want us to trust each other, and work this out.”

Meaning…if you don’t do this for me, we’re not going to be able to have a peaceful custody arrangement? Meaning, if you don’t help me, your and LB’s life will be a living hell?

Well he’s off to a pretty shitty start. He had the nerve to ask me to save his ass, when really he should be suffering the consequences of his lack of responsibility. If I help him, what does he learn from his mistakes? Nothing. What’s it going to be next month? Oh, my truck won’t start, I’m not going to be able to afford child support again. TOUGH. I’m done with digging him out of his own hole.

I’m not even WITH this man anymore. Why should I help him? Why do I even feel sorry for him? I’m disgusted with myself that I even felt this way! Maybe I was in denial that winning in court was the end of this drama. Obviously I have the rest of my daughter’s life to deal with this crap.

I don’t want to go back to court. I was looking forward to some non-court-related life for a while.  I don’t want to have to wonder if Rooferman is driving without a license, or living in a meth motel while my daughter is with him.  That is a whole messy, dangerous, scary future that I thought I had managed to avoid by his miraculous signing of my parenting plan. Obviously, its not over yet.

But I’m not closing my child support case. Rooferman needs to figure out how to put his daughter at the top of his list, even if it means learning a hard lesson. Even if it means I will forever become the villain, he  needs to take responsibility for his own actions.

I’m not his mommy. I’m not here to save him.

Breathing at 7000 feet is tough. Living is even tougher. This is the story of a flower child's child: A dating single mama in the Land of Enchantment. A burgeoning Astrologer, small business owner, writer and lover of music & wine. View all posts by pisceshanna

Find me and my hoops on FB

Find me and my hoops on FB 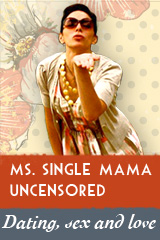 Where it’s at! (I got two turntables and a microphone…)

Voices must be heard 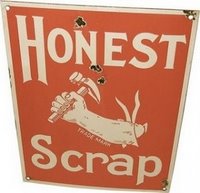 Cost of Living by Pisceshanna is licensed under a Creative Commons Attribution-NoDerivs 3.0 Unported License.